With the post-acquisition drama of noon finally in our rear view mirror, it feels like it’s time to reflect briefly and outline what we’re doing next.

I always felt that JadoPado had a shot at relevancy on the back of the product and the experience that we attempted to build alongside it. It didn’t matter that we were under resourced or outgunned when it came to capital, we figured that we would eventually make it happen. Through sheer persistence of will if not anything else.

Then the big shift happened.

The make up of the e-commerce landscape in the region fundamentally shifted over the course of the summer of 2016. Rumours started to swirl that Alibaba, Rakuten and Amazon were taking a serious look at Souq, whilst evidence started to mount that noon was in the works with funding amounting to $1 billion being available from Saudi Arabia’s Public Investment Fund as well as the Abu Dhabi government.

As we left summer behind it became clear that we had to take a strategic call on our business. Either go out and raise the capital required ($50m or more) or find a home where we could leverage the competencies that we’d built. Given the challenging fundraising environment in the region — whilst change is afoot our ecosystem remains woefully undercapitalised — it was clear that the latter option was the only realistic one.

We ramped up outreach and over the next few months found ourselves speaking with anyone who we thought may be a good fit and in a number of cases, senior figures in retail, many of whom who shared their last name with that of their business. Whilst progress is never as fast as you’d like it to be, we eventually whittled it down to a short list that had expressed interest, some in retail, some in the broader tech space and others looking to build out pure play e-commerce.

There’s been a range of speculation around the actual transaction. Some insist that we were acquihired whilst others speculate that the number was in the significant millions. Frankly, it was neither. There was a fair amount of money, but more importantly there was a great outcome for the team and the product that we built.

Deciding to exit, no matter the circumstances is always a tough decision. Occasionally when I find myself automagically typing “@jadopado.com”, I feel a twinge of nostalgia, but mostly I feel relief that we survived the first experiment and lived to kick off the next one.

Esanjo originates from combining the “e” from electronic and “asanjo” which is a Memon (a small globally dispersed community originating from the state of Gujarat, India) word that means “ours”, to become “electronically ours” which in our eyes is everything that the Internet brought to the world — an open, permission-less, collective ownership of the future.

Our initial idea was to build a real estate asset management business on the Ethereum blockchain. If you’ve not come across them, REITs are a listed equity like vehicle that enable easier real estate ownership, but are inefficient to put together in terms of required asset size, listing requirements as well as cost. We figured that unbundling REITs onto a blockchain — ideally one that already had liquidity could be an idea that had legs.

After spending a number of months together with our engineering team exploring today’s blockchain space, it feels like our timing is off. Whilst blockchains remain a fundamentally interesting piece of technology, the rapid iteration — whilst inherently a good thing, makes it difficult to build a stable product. Hard forks don’t got hand in hand with the backward compatible stability that some businesses require. Add that everyone and their dog is seemingly doing a blockchain project, the level of noise and proliferation of projects that don’t actually need a blockchain is drowning out legitimate plays.

Don’t even get me started on the craziness of ICOs.

We’re keeping a keen eye on how Ethereum and related blockchain projects evolve, but for now we’re parking this idea.

Our iterated approach is to create, build and invest in interesting technology businesses.

Creating
We’re kicking around some ideas in payments, classifieds, fitness and food. These are broadly new from-scratch opportunities where we own both the product and experience.

Earlier this summer Aamir Kassim and Rohan Date co-founded SudorFit, an idea that we’re incubating within Esanjo. It’s evolved from personal training to offering boxing and mixed martial arts sessions at local schools with an ongoing debate about wading into the corporate market. Whilst far removed from tech, we’re exploring interesting consumer categories where we think technology could play a greater role in creating new and enhancing existing lines of business. Fitness Tech is definitely one of those spaces.

Building
We’re also getting involved in building interesting product for others. Some of our early projects include:

Whilst we currently have very limited capacity, we’re always happy to have a chat.

Investing
We’ve made a small investment in an interesting blockchain startup called Verify and are looking at a handful of other opportunities.

We’re definitely not a VC building a portfolio, nor are we a seed stage spray and pray. If anything we’re fairly cautious investors and over the years we’ve found that it’s relatively rare for us to find the magical combination of right team, idea and market. We’re also conscious of ensuring that our approach is Sharia compliant and therefore turn down opportunities in some sectors.

Our ideal today is to find simple internet businesses ($3m to $30m in revenues) that have high margins, are profitable or are fast approaching that point, are growing steadily and are run by a great team. We’ve taken a leaf from and love Tiny’s philosophy and approach, but we’re not ready to buy businesses outright just yet.

As with most things that we do, our approach is iterative, always evolving and with many an experiment throw in for good measure.

Our vision for Esanjo is to build an interesting, steady growth, profitable, technology business. We want to be a great place to do interesting work with incredible people, off the wall ideas and plenty of room for experimentation. We have no interest in taking on funding nor turning into the next unicorn.

If any of this sounds appealing, we’re hiring.

Earlier this year we announced that we were ambitiously embarking on building BitPado, a crypto exchange and OTC (over-the-counter) play… 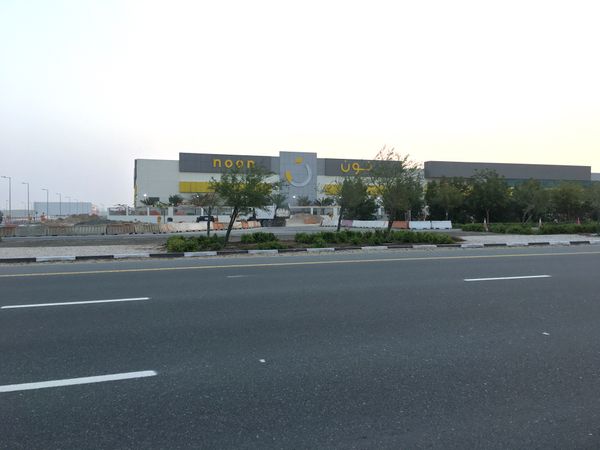 A deep dive into into noon.com's beta including an early look at their upcoming product